Home • Body Language • Feelin’ Like A Fool: How To Spot A Liar

Feelin’ Like A Fool: How To Spot A Liar 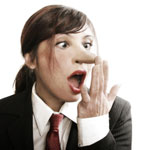 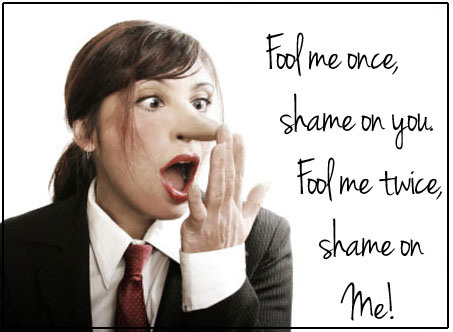 April 1st – April Fools Day….  I’ve never really liked this day. What is that old saying? “Fool me once shame on you, fool me twice shame on me….”

“Fool” is such a loaded word, full of guilt and shame… and I often hear “How could I have been such a fool?”

We’ve all had that moment where we realize we’ve been taken advantage of, where we stop and say, “How could that have happened?”

So, why do we fall for a lie and can we spot a liar?  The short answer is, as in much of life, “It depends.”

Why do some people see it coming and others don’t? Given the stakes, it makes sense that trust would develop with time. It isn’t always about intelligence. Although, having specific expertise or knowledge does help you see the signs.  If you are an expert on a subject, finding a distortion or falsehood is easier, as in the case of a complex financial ruse.  Yet we don’t always operate from what makes cogitative sense.  We often trust based on emotion and later rationalize on biased logic.

What is it that you want? That is what you are vulnerable to.

For deception to work quickly, there has to be a benefit, often emotional, that gets a person to believe quickly…even if the benefit is “He/she likes me!” “Buy it now. It’s the last one,” or “If you don’t get it, someone else will.” A person’s perceived benefit varies with one’s life experience. The benefit has to be worthwhile to the listener but not so high as to be unbelievable.

The deception connection begins with a testing of your beliefs and may include a little falsehood here and there to see how you react and where your boundaries are. This is where you as the listener might begin to feel that something isn’t right but people often work harder to dismiss those feelings than to prove or disprove what you have just heard and seen.

At its root, deception and lying are a cooperative act. If the ‘deceiver’ is not believed, the lie has lost its power. Yet, most of us want to believe others.  We are motivated by the expectation of reciprocity along with social proof or group affinity. Social proof is often observable through the statement of “everyone else is doing it why shouldn’t (can’t) we?” An example of affinity is belonging to the same religious organization or charity. It can even occur when you like the same types of things.  For instance, we may both have poodles, and I’m good so you must be good.  To the extreme, a professional con artist finds out you are a huge Star Trek fan, then they begin to casually drop in references to Kirk and Spock – bingo – at the subconscious level you begin to believe they are just like you, including trustworthy.

On any given day we are deceived multiple times, from outright lies to little white lies to “No, those don’t make you look fat,” and the clues to detect deception can be subtle and counter-intuitive. Recent research reveals that the “verbal methods of deception detection are better than nonverbal methods” despite the common assumption that nonverbal detection methods are more valuable according to the Association for Psychological Science. So, throw your assumptions out the door, we can’t always spot the liar, howeversome of the telltale signs to watch for are:

The above five signs are just part of a long list of possible ways to spot deception or an incomplete truth. Too many people discredit their own emotional / intuitive guide. Trust those gut feelings. The above tips should be viewed as red flags and when each are seen as a single movement or statement, they are not proof of deception. It’s the entire message along with a cluster of behaviors that are more important than someone who is uncomfortable with eye contact, for example.

Trust those gut feelings. The above tips should be viewed as red flags and when each are seen as a single movement or statement, they are not proof of deception. It’s the entire message along with a cluster of behaviors that are more important than someone who is uncomfortable with eye contact, for example.

No foolin’ here either. I’d love to get to know you – let’s talk. NO SALES!  Please just comment below and we’ll get the process started. I so look forward to learning about you, what you do and your struggles and visions for helping to change the world…

Have a great day whatever your adventure – keep smiling

To Success! To Life!

If you would like to use this article be sure and add this resource information:
As a behavioral communications expert and founder of Competitive Edge Communications, I help high performing executives become confident communicators and leaders. They learn to enhance their natural charisma through developing their verbal and body language messages to quickly influence, inspire and persuade. www.SharonSayler.com
©2012 Competitive Edge Communications

One comments on “Feelin’ Like A Fool: How To Spot A Liar”