What is the creepiest handshake you’ve ever received?

Well, I recently experienced the creepiest of handshakes – and as a body language expert, I’ve studied many handshakes, including each one I give and receive.  The quality of your handshake leaves a lasting impression: positive or negative!

And this creepy handshake had me baffled. I was unsure what it meant… if anything, other than odd. I knew I never wanted to experience it again and by far, it ranks as the creepiest handshake I’ve ever experienced…

So I did some research – nothing! Darn!

Then, mentioning it in passing to my “millennial-age” son, he burst out laughing and said that it was a “seduction” handshake.

What? Creepy is not seduction in my book!

I can’t imagine that the seduction handshake works for what the name implies. It was very disturbing and it gets my vote for the creepiest handshake ever. I know, by now you are probably wondering what a “seduction-handshake” is. Now that I know the name for it, a quick Google search shows several variations.

I have to admit, I don’t want to be training someone how to do it – but I know my community is beyond resorting to a creepy handshake and it’s good that you know what it is and how you can “escape” it if it happens to you.

This is how it was perpetrated on my hand: 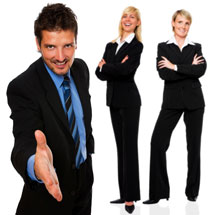 He extended his right hand, made direct eye contact, dropped his chin slightly (a bit odd, but he was taller), had a slight smile so all seemed as if a “normal” handshake would ensue…. We did the “normal” two or three up-and-down movements of the hands while he asked my name. He then held the handshake until it became a handhold (much longer than normal) while asking an opening question.

He continued to hold while I answered – by this time I’ve gone from being polite to trying to release the grip. He did not let go with my subtle attempts to let go. It was only when it became more-than-obvious I was releasing myself that he slowly dragged his hand back towards his waist while extending his middle finger forward and flat so it slowly dragged across my palm, stopping to apply pressure and an extra movement in the middle of my palm!

Go ahead, ask a friend and try it – is that creepy or what?

Gentleman – if someone is training you to do this, stop now! It’s insulting, intrusive and beyond rude.

You can also learn self-defense techniques not based on strength but leverage to release yourself. Know that the weakest part of their closed hand (and yours) is the area between the thumb and index finger. Many self-defense classes teach a technique that rotates your arm the opposite way their thumb is pointing. It takes practice to know the right amount of speed and force to break a grip – and hopefully, it never comes to that – but self-defense classes never hurt.

So you’ve heard my vote for the creepiest handshake. I’m sure you’ve experienced that handshakes can leave a diverse set of impressions. I’m curious, what are the creepiest handshakes or your least favorite handshakes you’ve had to endure? The hand-hug, the elbow-grab, the over-the-top finger grab or kiss-my-hand grasp? The don’t-get-to-close, the push-me-pull-you, or perhaps the knuckle crusher…? Share below in the comments.